Valentine for a Beloved Dog I thought my dog Buddy would enjoy a companion because he loved playing with other dogs at the dog park. But when I brought Zena home one scorching August day in 2010, I learned I was wrong. Buddy was jealous, annoyed, and intimidated by this big Shepherd/heeler female who had suddenly appeared in his kingdom.

I worried about how they would get along, but after one altercation instigated by little Buddy, Zena let him have his way. Although half her size, Buddy assumed the position of top dog. He stole her toys, hid her treats, and commandeered her bed, so Zena slept on the rug. Six years old, shy, and abandoned by her family during the recession, she was so happy to have a home she didn’t care. I didn’t realize then how very loving she was.

No matter how much Buddy teased and plagued her, Zena never snapped or growled. She accepted every new situation, dog, and person with shy anticipation, followed by enthusiastic wags of her long tail. She was a big gentle girl, patient and forgiving, without a trace of competition or jealousy. She had none of Buddy’s annoying habits. She didn’t rummage in the trash or steal food. When she wanted something, she sat and quietly asked for it. When Buddy beat her to the punch, she sighed and walked away. I learned to offer their treats separately.

Zena tried to play with Buddy. Sometimes he would engage with her, but most of the time she was forced to impersonate a lone wolf.

From the first, Zena was on the job, making a show of fierceness with her deep throated barks at anyone approaching the front yard. She took her role as guard dog seriously.

She needed no training to stay at my side on our walks and trotted along beside my bike as if she had always been there. She never tried to escape the yard, as Buddy routinely did, or dash away when I took her to the bosque or mesa trails. Sometimes she joyfully charged after a rabbit (in vain), but always returned quickly at my call.

She never chased Bosco, the cat, and as an elder, cautiously accepted the arrival of Clio the kitten. They soon became fast friends. Walking in the bosque one day with both dogs, when Buddy was in the early stage of dementia, I learned more about Zena. I couldn’t find Buddy, and when Zena heard my frantic calls, she took off searching. She found him and brought him back to me. I wrote a story about that experience, called Angel Dog, which I’ve posted on my website. It’s a true story about how I learned to see Zena more clearly.

After Buddy left us, Zena moved into the dog bed I had bought for her and continued as my faithful companion for another four years. She was a happy dog who took pleasure in small things—a cat friend, peanut butter treats, a house to protect, and the occasional rabbit to chase. She loved me and Buddy and the cats, and although she was shy with new people, she enjoyed every person who visited us. Her tail wagged constantly. She came here to love and to serve, and she did both perfectly. Now my beautiful girl is running free.

On February 4, Zena left this world as peacefully as she had walked upon it. 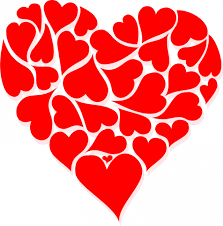